The magnoflux concept hypothesises that the inner universe is electro-magnetised and to exist must have time and be contained in a dynamically magnetised volume thus enabling it to develop   energy and life.
Further the magnoflux spin effect is witnessed by astronomers as a Faraday rotation which spins the stars in galactic clusters around a magnetic hub.  Finally, the solar system is linked together magnetically as witnessed by the Norfolk Island effect and electro statically bonded as witnessed by the existence and movement of the solar wind. 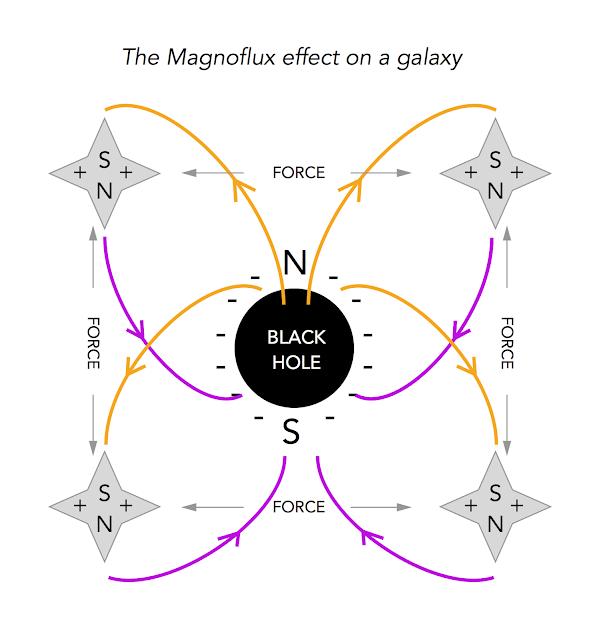 By adopting the magnoflux concept, the whole universe can be composed of 3D magnoflux fundamental stuff. Magnoflux [or vacuum] energy can be increased or decreased by changing the angular momentum [magnon spin] of the spinning flux-current field by applying a voltage at right angles to that field.  When a magnetic magnoflux vibration interacts; particularly if it is near neutron/matter an induced split forms in the magnetic field, in which counter balanced electric charges can spin or vibrate in the electron particle enclosure which is tied down to a voltage reference point set by the matters relative position in space; thus creating a spinning volume of 3D power per second. [Vz*√IxIy*Cos Ø]dt or energy in Watt-seconds/cubic metre inside a molecule.

Magnoflux 3D fundamental energy, created by God, is formed by an electromagnetic force which is considered by an observer to be real scalar kinetic energy if its magnetically locked in time then only mass attraction or gravity force will apply.

So light energy moves a volume of magnoflux forward or may increase the magnetic vibration of light-waves or the magnetic vibration of the magnons inside of molecules resulting in an increase in temperature. However, negative energy can also be formed from anti-matter which will annihilate real energy and even more complex, it is possible to have virtual energy which is formed by magnetic energy if the current/flux area is not completely at right-angles to the 3rd dimension voltage either in an up or down direction [Capacitive or Inductive VAR’s instead of Wattsecs].  Maxwell wrote a paper in 1861 on molecular vortices drawing attention to the fact that if stress forces if two directional x,y  forces are equal but at right angles then resultant will be in z direction

To form 3D electro-magnetic energy there is a "Magnoflux effect" which results in the spinning of the current/flux field area if a voltage is applied at right angles to that field. To demonstrate this youtube videos of " magnoflux spins ions effect in salt electrolysis experiment" and " magnoflux spins ions in CRT tube" are attached. These show the magnoflux field rotate [the magnons] in x,y directions when voltage in the z direction is applied.

The contents of a magnoflux galaxy comprises of a magnetised upward space in which equal amount of positive and negative charges exist in bundles to form molecules, which are contained in balanced amounts of either electron enclosures for planetary matter, asteroids and space gases etc or in positron enclosures if inside stars such as our sun which allows them to become positive emitters.This is evidenced by the fact that stars emit an absorption spectrum rather that the expected emission spectrum. The neutrons of real matter in a system like the solar system which must also balance the neutrons of anti-matter neutrons inside the systems stars.


The stars are huge positive charged antimatter volumes and repel each other electrostatically with a force of say 20G plus a dark magnetic spin component force of  say 3G induced by the magnetic hub at the galaxy centre around which they all move in synchronism and hold together with the common mass attraction force of 1G.


The sketch attached shows a rough picture of how the central magnetic hub will control the spin of all the stars within in a stable manner not dependant on their mass but just their magnetism.

The magnetic hub at the centre is called a supermassive blackhole.  If gas or other matter gets too near the hub then it will disintegrated magnetically and spin inwards where it will be ejected at right angles to the rotation; as a gamma ray jet stream in a balanced way so that the amount of magnoflux energy in upward and downway directions balances.
To create a new galaxy the planetary red sequence nebula must interact with the blue cloud of star creational anti-matter at the end of the gamma ray jet stream ejected vertically from magnetic hub 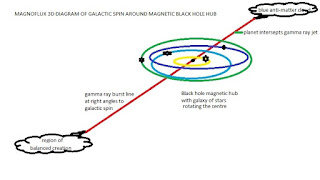 The magnoflux electro-magnetised light ray is envisaged as looking like a double pyramid with tops touching and tumbling forwards one cycle every 2 revolutions. 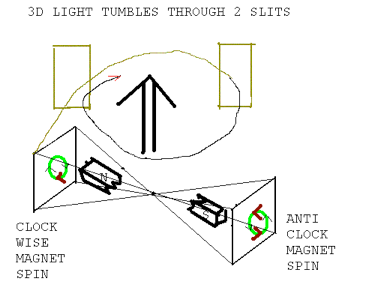 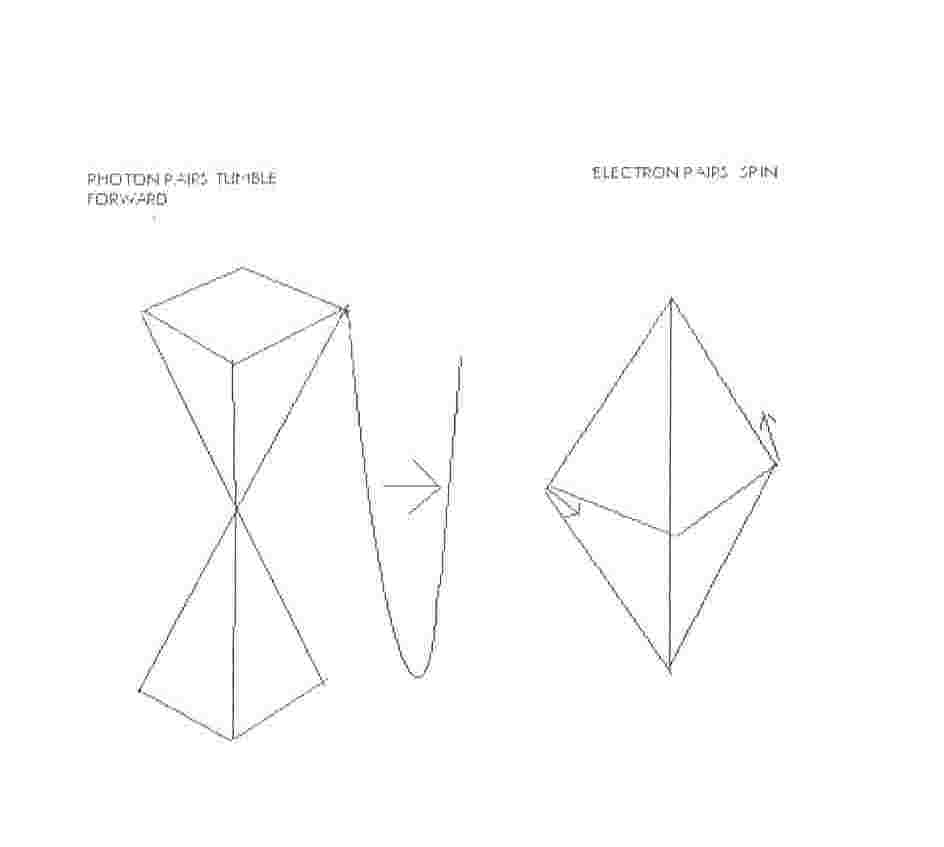 And part 6 for magnoflux light captured/inverts and then vibrates inside an electron enclosure.


Posted by electricmagnofluxuniverse at 8:00 AM No comments: